There are several methods of fixing a freestanding or driveaway-awning to your vehicle. Below are a few commonly used methods :-

For vehicles with Awning rails fitted. 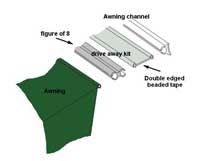 A driveaway-Awning is designed to be erected as a freestanding awning, then attached to the vehicle. giving you the ability to DRIVEAWAY.

For vehicles with gutters. 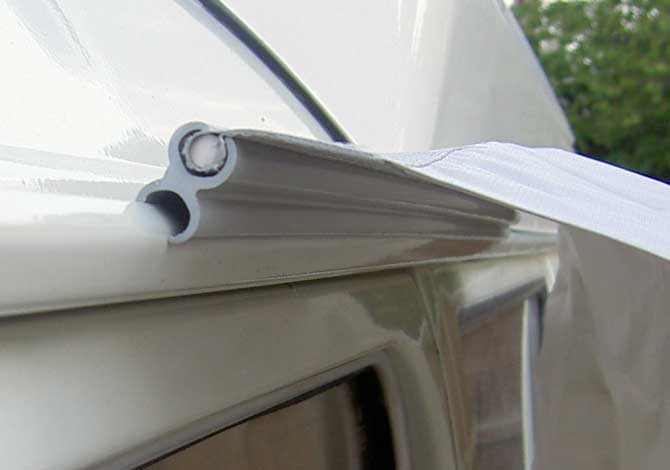 Using some lengths of figure 8 profile as in the photo

Unfortunately lots of modern vehicles do not have gutter rails. (Mazda Bongos owners can smile at this point).

Some Vehicles like early VW Vans, have a shallow gutter, a better fixing option for these is a Pole & Clamp Kit.

The majority of awnings have a pole sleeve incorporated into the tunnel of the awning. A pole fed is fed through the pole sleeve, this can then be placed in the gutter and fixed to the vehicle using clamps, you can also use this method on vehicles with parallel roofbars using straps to hold the bar to the roof rails. 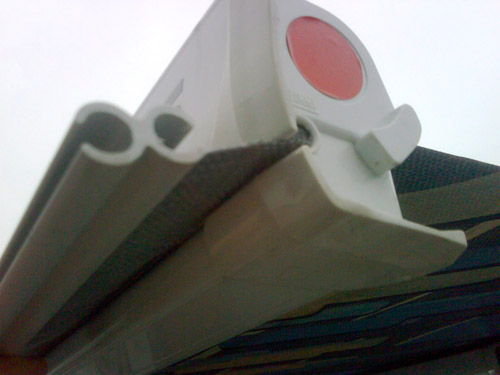 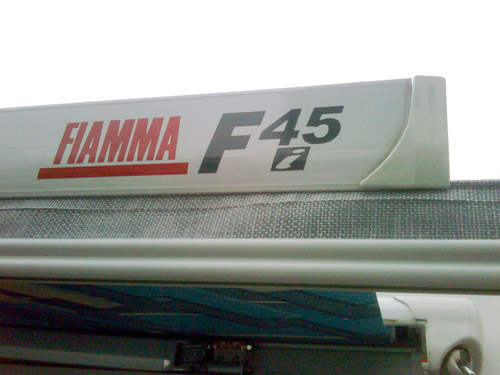 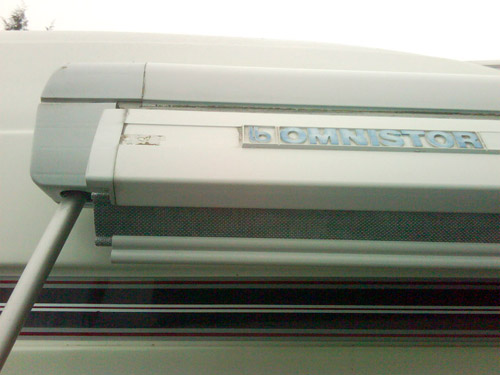 If you vehicle has a wind out awning. Then you can utilise the awning channel built into this to attach a driveaway-awning. You will need some lengths of Figure 8 and a few metres of KADOR.

YOU SHOULD NOTE THAT YOU REQUIRE A SPECIAL KADOR AS THE AWNING CHANNEL ON A WIND OUT AWNING IS GENERALLY ONLY 4MM IN DIAMETER.

For Vehicles with Roofbars funning front to back of vehicle 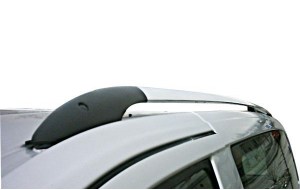 With this arrangement, some awnings from Vango & Outwell have velcro tabs on the tunnel that can be wrapped around the roof rails as a fixing. Otherwise you can use a pole through the pole sleeve and make your own velcro taps to attach the pole to the roof rails.

When no other suitable fixing is available. 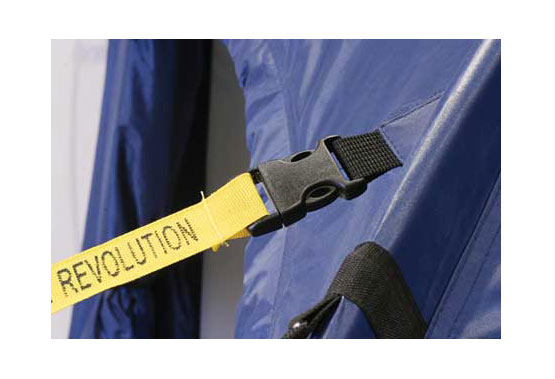 Purpose make Suction fixings. Made from Brass these are relatively expensive and being made from Metal are likely to damage your vehicles paintwork if they come adrift. 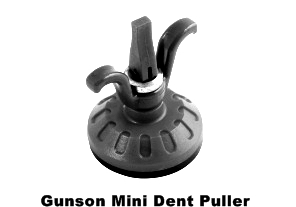 A cheaper alternative is to use some dent pullers. We find the Gunson Mini Dent pullers work well and the suction cup is the same size as the purpose made Suction fixings 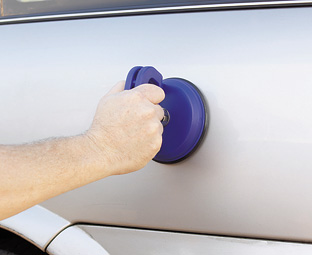 Dent Pullers work using suction to attach to the vehicle, If you have a relatively flat area on the roof of your vehicle it is possible to stick the dent pullers to a shiny surface on your vehicle and attach the awning tunnel to them using a pole or straps.

Simular to a driveaway Kit, Magnetic Connector Kits generally contain some lengths of Fig 8 and a Magnetic strip. We do feel that magnetis Kits are not very successful and generally the beter fixing is obtained when used in conjunction with some straps or guylines over the roof of the vehicle at the same time

You will need to be flexible and adapt to the fixing method most suited to you, your Awning & your vehicle.

If you have any other question email us :-